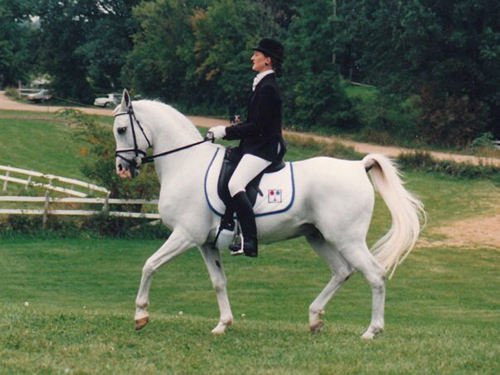 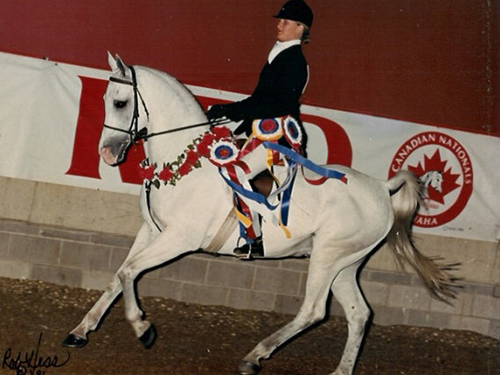 Canadian National Arabian Champion Dressage Medium I 1990. Also won the Basic III class but was made to choose which trophy I wanted to take home. Of course they didn't tell me that they wouldn't allow me to win both classes BEFORE I sent in my entyr fees!!! 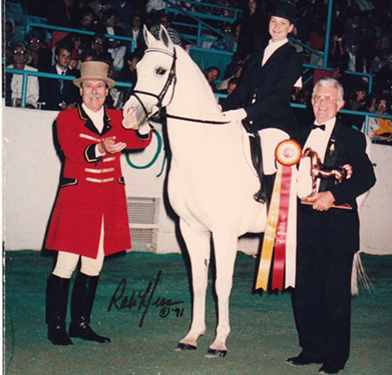 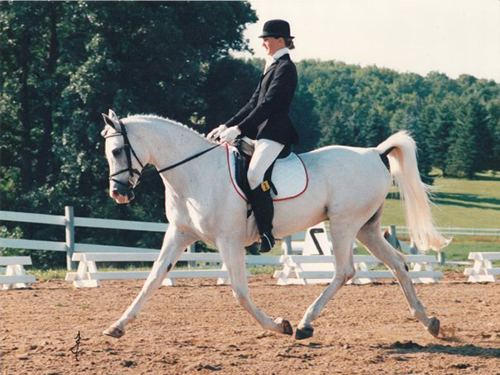 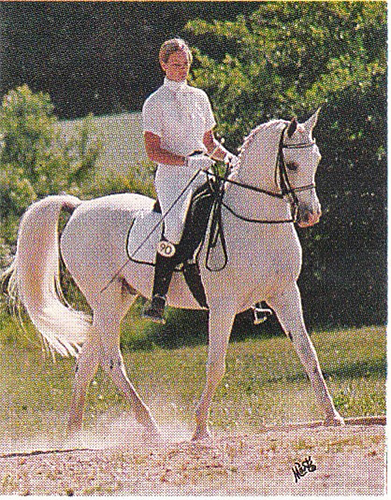 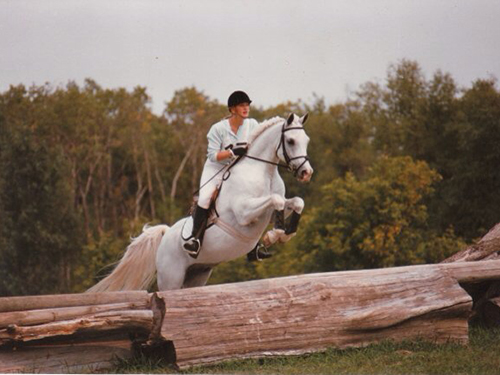 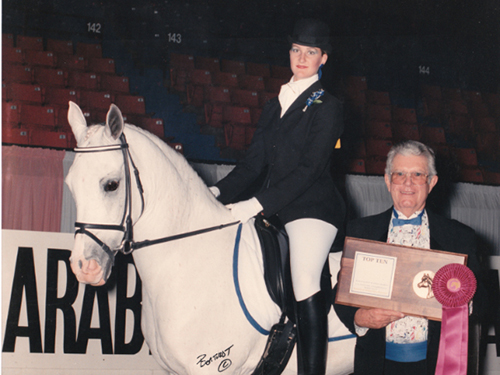 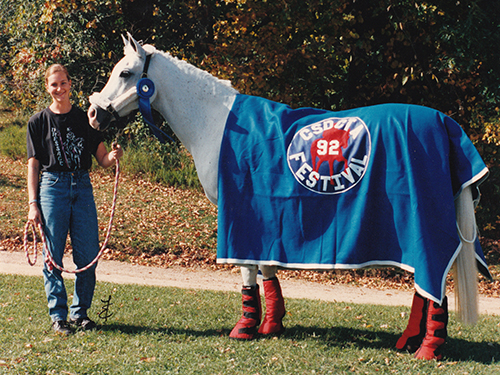 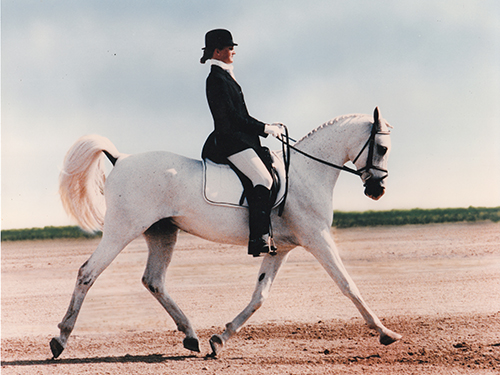 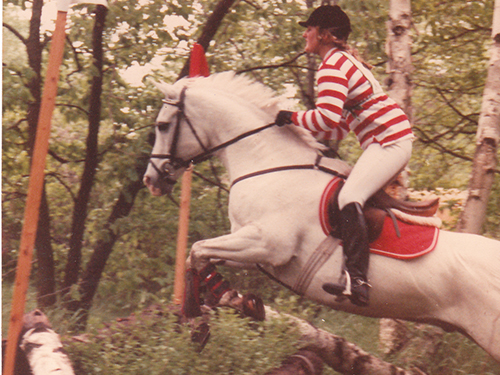 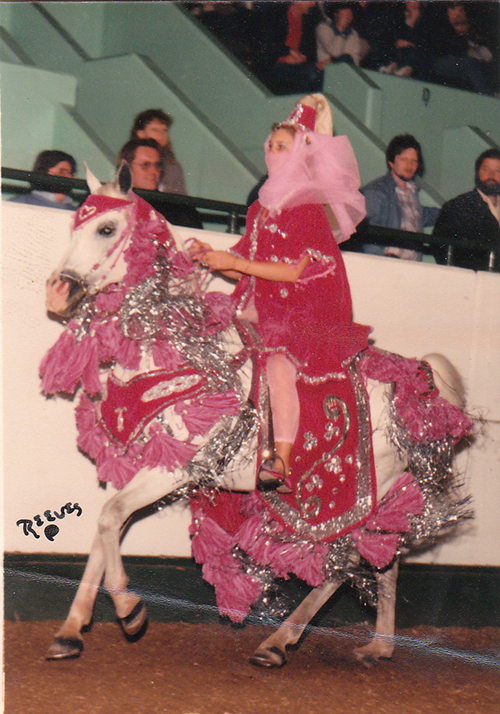 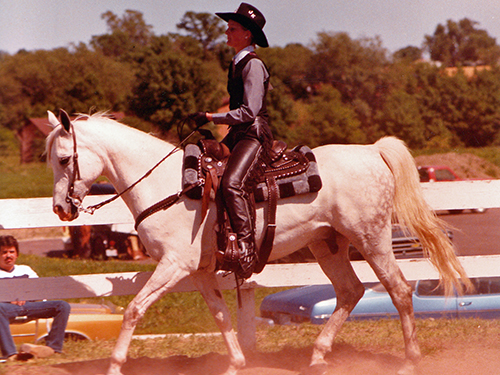 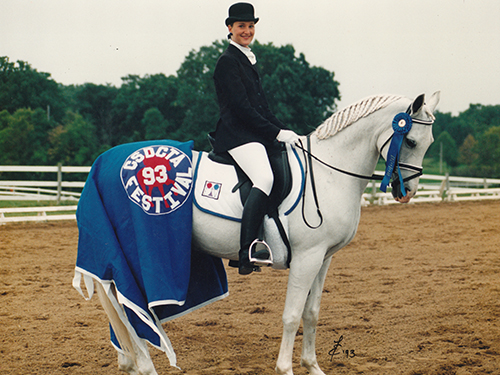 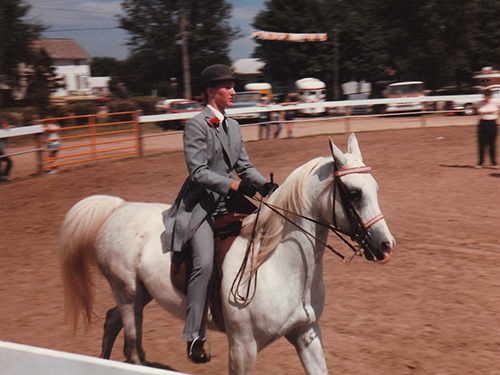 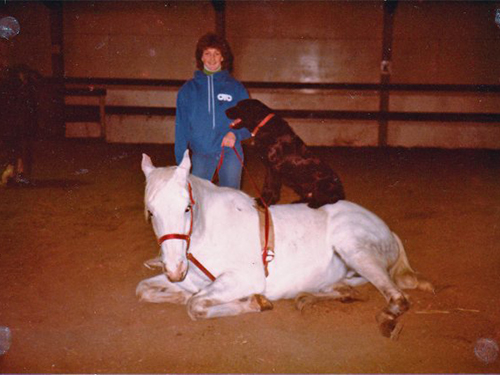 Both my State Champions. Ghost & King 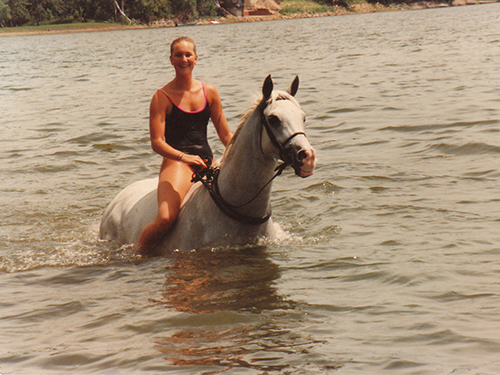 Having fun at the cabin on Lake Frances 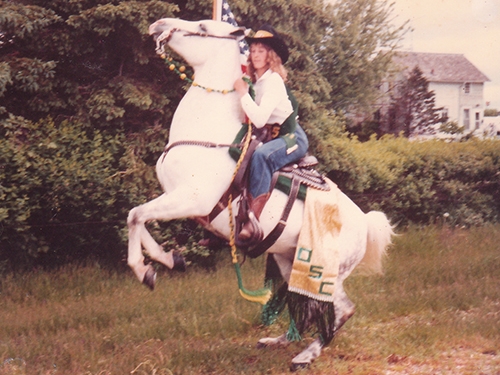 1984 Owatonna Saddle Club Rodeo Queen 1985. Got my new interview suit, spray painted my hat and boots purple to match & then was late for the state competition by 24 hours... Oops!

Ghost paaaaaaark! Oh were the front legs supposed to be vertical? Oops. Horse shopping for my first "show" horse, I couldn't decide between Ghost and a handsome morgan owned by Kurt Fretham. When I went to look at Ghost a second time & told Milt Strand that the other horse I was looking at could park, he said, "This horse can park!" and asked Ghost to park. It may have been his frist time doing it right there, but he did it, and I said, "SOLD!" He was just that kind of horse who would do anything for me...RIP