USEF licensed dressage judge and USDF Bronze, Silver and Gold Medalist, owner and head trainer of Equivale Jean Kaplan Thornton started competing in 4H and attended horse camp where she passed her Advanced Level Certified Horsemanship Award. Jeans first "show horse" was a purebred Arabian named Galcimer (a.k.a Ghost), they showed all of the disciplines offered at the Arabian shows. Soon after being introduced to dressage in college, Jean and Ghost quickly received Arabian Grand National and Reserve Championships through 4th level. Ghost took Jean to her USDF Bronze Medal. Ghost lived a long life of 36 years on the farm at Equivale. Once Ghost was retired, Jean found her Grand Prix star Conversano II Aloha II (a.k.a. Lou), a young Lipizzan stallion who captured Jean's heart. Jean trained Lou since he was 4 years old and successfully brought him to Grand Prix. Together they earned over 28 USDF All Breeds National Championships through Grand Prix and Jean's Silver and Gold Medals. Jean rode Lou in sidesaddle Grand Prix dressage demonstrations and trained him to drive.

In 2004 Jean imported a young cremello ZFDp stallion Blue Eyed Dream GF and purchased several chestnut mares in the hopes of breeding Equivale's 4-inhand driving team of dark golden palominos! Jean is now focusing on competing her team in ridden dressage and combined driving, as well as teaching students at her farm and in clinics and judging dressage shows. 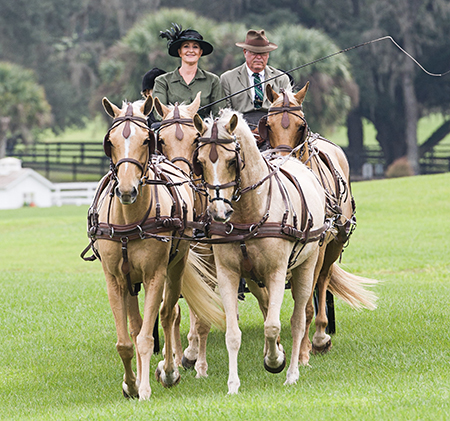 Jean driving the team she bred 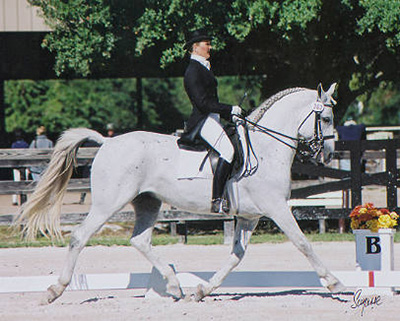 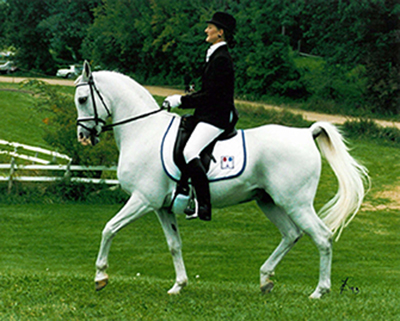 Jean and Galcimer (aka: Ghost)

Amber started riding at age 6, showing Western at age 8 and continuing to learn how to show English and Showmanship claiming weekend highpoint awards and often placing top five in the all around division. Over the next few years Amber spent time learning different training techniques on various horses with a range of temperaments. She now manages Equivale with the utmost attention to detail as if every horse was her child. She also competes Equivale horses in recognized ridden dressage shows and is training our horses starting with halter breaking foals through long lining yearlings all the way through upper level ridden dressage. She is also now learning to drive. 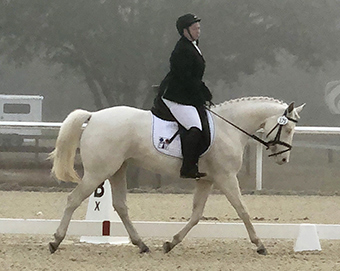 Sierra Inabnett one of Equivale's assistant trainers started training for Jean in 2016. She has been riding and competing in dressage for 12 years. She trains many horses at Equivale from foal handling to second level dressage horses as well as carriage driving. Prior to joining the team she trained under Judith Titcomb for 12 years. Sierra works hard at developing individual horses in multiple disciplines. She has won Grand and Reserve Champion as well as end of the year high point in many levels at dressage competitions. 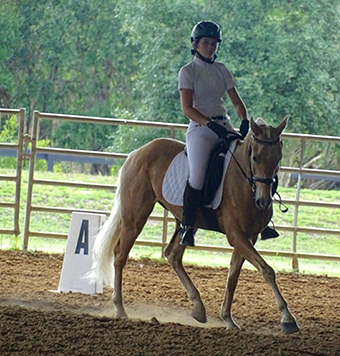 Cheyenne Inabnett one of Equivale's assistant trainers started training for Jean in 2016. She has been riding and competing in dressage for 14 years. She trains many of Equivale's horses from foal handling to first level dressage horses as well as carriage driving. Prior to joining the team at Equivale, she trained under Judith Titcomb for 14 years. Cheyenne enjoys working with each horse to reach their potential. She has won Grand and Reserve Champion in many levels at dressage competitions. 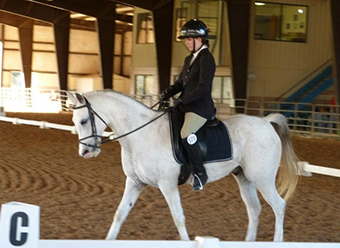 Kathryn has always loved animals and finally started her life with horses 2 years ago as an adult. She is training to be a hunter/jumper taking advantage of the open trainer policy here at Equivale. She enjoys learning about all disciplines and loves every minute spent with the horses from feeding and barn chores to riding and enjoying horse conservations at the barn. 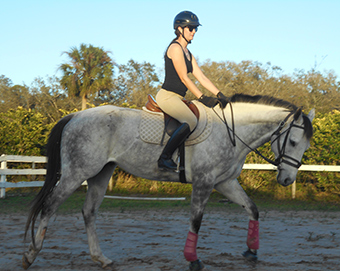 Hannah is an outgoing person who loves to have fun and make people smile. She is currently a senior in high school and has been loving to ride since she was 4 years old. She is 18 years old now and is still loving horses to this day. She loves any breed of horse but her most favorite are paints. She has competed in dressage shows for about 11 years and now she has started to learn how to barrel race but has not competed yet. She has also been learning how to jump small cavaletti. She wants to be in a career around horses once she is finished with collage.

Julie grew up in the Midwest having horses as a constant in her life. English and Western riding lessons, trail riding, pleasure riding horses in Ireland and the South of France on vacation, and hacking out on her mother’s horses are some of her fondest memories. Her mother’s love of horses and equestrian pursuits planted the seeds for her passion, and a few years ago she decided she wanted to advance in her own riding and all around horsemanship. She leased a dressage schoolmaster from one of Jean’s long time students Cheryl Youngman. And trained with one of our cherished alum trainers Charity Messer Allen. The beautiful world of dressage was introduced to her, and from that point forward she was hooked! After leasing dressage horses for the past few years, her dream of owning her own horse has come true. Julie is now the the proud owner of Ballerina, a beautiful Palomino Warmblood bred by Jean. She trains with Jean, and looks forward to showing Ballerina in dressage. Julie takes pride in helping care for the horses and barn, and thoroughly enjoys being a part of the Equivale team. 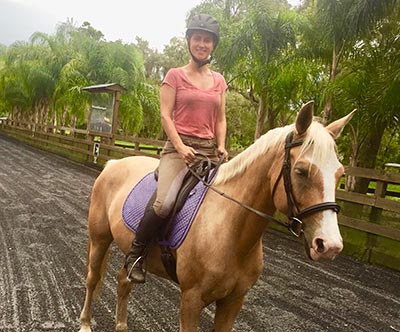 Laurel Mathias has been riding for over 12 years with over 10 years of Dressage instruction. She competed up to first level dressage for over six years at Silver Sands Bridle Club. Her freshman year of college she branched out and joined the hunt seat collegiate team and competed with them for a year. After transferring to Stetson, she began working for a local boarding and lesson facility known as Artesian Spring Riding Center where she continued to pursue hunter style riding. Now, she is working at two different horse facilities with all different breeds and disciplines. 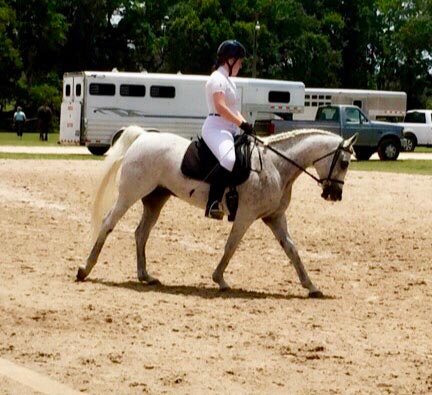